SCIENCE! Humanity’s greatest tool by which to observe and understand the natural universe! The most powerful antidote to the noxious fumes of superstition! An ordered set of natural laws by which the observable universe operates!

But what do we do when something appears to break the natural law? How can we handcuff the placebo effect, place dark matter under arrest, or put a black hole on trial before a jury of its peers? These phenomena that appear to scoff in the face of our natural laws (and the countless years and human lives it took to define them) are called ANOMALIES. As defined by the Skeptic’s Dictionary, “An anomaly is an irregular or unusual event which does not fit a standard rule or law.”

Anomalies have existed in our study of the natural universe since long before science had a name, and if one follows the development of the human intellect backward in time to its natural origin, the entire class of information we refer to today as “scientific knowledge” ALL fell into this category. By its nature, science itself was one big anomaly! 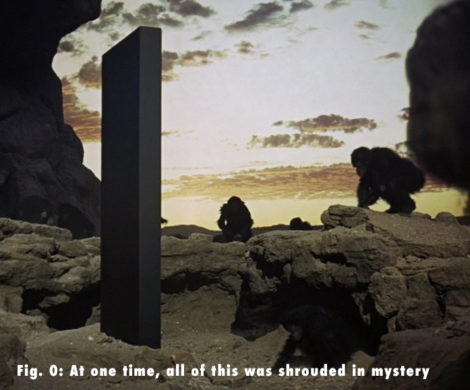 As the centuries have passed and we have gained a deeper and deeper understanding of our place in the natural universe, some Ages have had the lucky chance to see the mystery of an anomaly so massive solved that it turns an entire assumption about the natural world over on its head! There was a time when you would be considered insane for believing that the Earth wasn’t flat–but physics appeared to be behaving in a very strange way. Once that anomaly was solved and our collective paradigm shifted to see that the world was round, you would be considered the same for believing the opposite! We won’t go into the group trying to bring that debate back onto the playing field… Suffice it to say that our understanding is always changing, and it is up to each of us to decide what that information means and how it should influence our lives.

Which brings us to the greatest scientific anomaly of all–THE anomaly of science–human consciousness. The very means by which we are able to perceive and understand science is itself a mystery deeper than the deepest black hole, and more expansive than all the dark matter in the universe. And the best part of this particular anomaly is the infinity of sub-anomalies it produces. No matter how much we learn about the natural world, we can never predict what a human anomaly will do with that information. In some cases, we can’t even get close! As the great Les Giblin once said, “You can use a knife to butter your bread or cut your own throat.” Scientific knowledge is no different, and we’ve used it for both–from the atomic bomb to landing on the moon. 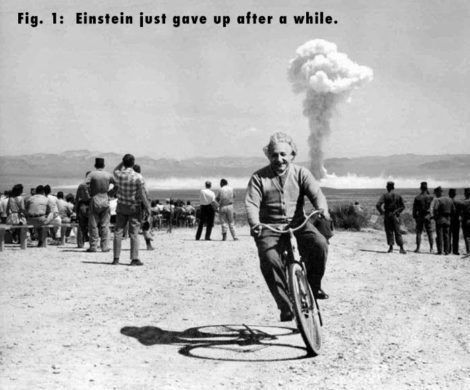 Once upon a time-warp, human beings imagined the YEAR 2000 as a dense, teeming metropolis of wild innovations that would help us live healthier, better lives, explore the universe, and increase our intelligence beyond our wildest dreams. The world we’ve actually ended up with is probably weirder than anyone could ever have guessed. Two things are absolutely certain–we have only scraped the surface of what science can teach us, and no matter how far we progress, we will never be able to predict what that mysterious thing called “consciousness” nestled in our skulls (?) will do with the knowledge it brings us. 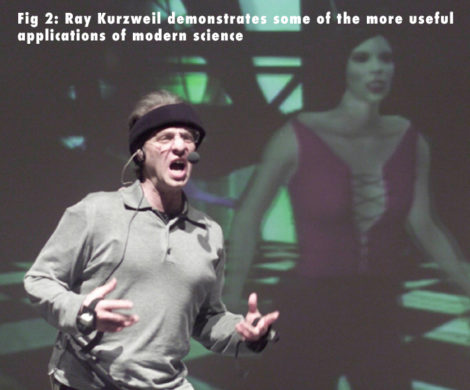 So where does this leave us in 2018? The natural world is still full of anomalies, and our investigation into the mystery of consciousness seems to have left us with more questions than answers. Perhaps we live in an age where the rigid approach to natural laws and the material universe is creating a roadblock to a burgeoning new understanding. Could we be on the verge of a paradigm shift as important as discovering the world was round? Controversial scientist Rupert Sheldrake, in reference to our modern understanding of science, states thusly-

“Materialism provided a seemingly simple, straightforward worldview in the late nineteenth century, but twenty-first century science has left it behind. Its promises have not been fulfilled, and its promissory notes have been devalued by hyperinflation. I am convinced that the sciences are being held back by assumptions that have hardened into dogmas, maintained by powerful taboos. These beliefs protect the citadel of established science, but act as barriers against open-minded thinking.” -Rupert Sheldrake, Science Set Free

You can view his very interesting “banned” TED talk here:

Regardless of how you feel about Mr. Sheldrake’s often contentious ideas, he raises the valid issue that science should never become dogmatic, and is in danger of doing so now. Even Einstein, in what he referred to as his “biggest blunder,” tweaked his equations when it appeared to him that the universe was expanding–a violation of the natural understanding of his time that turned out to be true!

In this spirit, we here at Open The Portal have decided to focus our thought on these still existing anomalies in a search for clues to the ultimate anomaly of science–ourselves. We hope you’ll dive into the mystery with us and join the discussion.

Here’s an Anomaly to get you started now! The EPR Paradox (“Spooky Action at a Distance”)