The Horror of the Abject Object

The magnificent Nick D’Agostino, freshly teleported from an alternate timeline of jazz, noir, and the plague ridden underbellies of society, penned this wonderful essay on the power of stop motion animation: Animals, Masks, and the Horror of the Abject Object 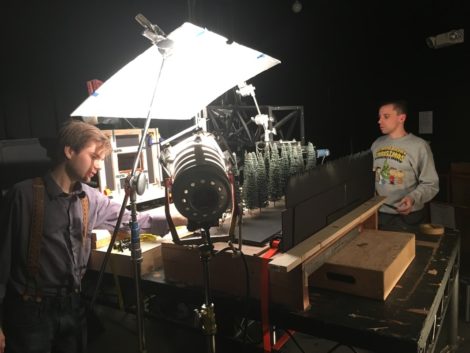 Nick is one of our new collaborators in 2018, and has a fantastic stop motion operation of his own called Pox Films, Inc.. His philosophy of stop motion lines up very nicely with ours:

Nowhere else can these techniques be seen in starker contrast then in the oddball of the filmmaking world, stop motion animation. This art form has spent most of its life relegated to the field of visual effects, while 2-D animation has been the main vehicle for feature length animated expression. Now that computer animation has eclipsed stop motion as a tool for visual effects, one would think stop motion would become a thing of the past. However, in the last 30 years there has been more than a resurgence: there has been an awakening to the power of stop motion animation. The very nature of stop motion, of bringing inanimate objects to life, evokes the contrast of the abject. A stop motion puppet, like the Golem or the Pygmalion creation, is a creature of myth. Its artifice creates the distance needed for pathos. While most cinema is focused on creating a sense of relatablility and empathy through glossy sterile images, stop motion animation can serve as a bastion for the abject, the sublimated and the mysterious. Some are using technology to smooth out the kinks in stop motion animation and whether they know it or not they are deadening it’s innate power.