In 1983, the folks at Walt Disney World debuted an attraction called Horizons, a dark ride designed to give you a look into the human civilization of the future. The ride was less of a hit than expected, with popularity significantly waning as the years slogged by. Two unknown heroes would change the course of history for all of us when they learned to surreptitiously (and extremely illegally) leave the ride vehicles with the intention of documenting the experience, eventually getting to the point where they were hanging out on various scenes of the ride for hours at a time.

Here’s a link to the original fascinating article, and a bit of text to whet your whistle: The True Story of the Unauthorized Daredevil Documentation of the Horizons

Let’s fast forward…to December 1995, as two best friends in their late twenties were working mind-numbing desk jobs… Dave Ensign (aka “Hoot Gibson”) and Ed Barlow Jr. (aka “Thunder Chief”) had been insanely huge Horizons fans ever since it opened when they were 15 years old…Hoot and Chief set out to document the ride and get as much photo, video, and audio coverage as they could before it closed again. Not knowing exactly how much time they had to get it done, not knowing how it would be done, just knowing that it had to be done.

Hoot and Chief started Phase I of their operation with a very basic strategy for exiting their OMNIMOVER ride vehicle: “Jump out, get shots, jump back in.” However, after this went on for a while they wanted to spend more time on the sets, so they began testing different strategies using trial and error to get a larger gap of empty ride cars. Chief would hang out right near the loading area and watch people board the ride using the mirrors in the entry hallway, and Hoot would stay at the front entrance where people entered the building. Chief would count the ride vehicles; there always had to be at least six empty vehicles ahead of them and six empty vehicles behind for them to remain unseen. Upon boarding the ride and rounding the corner they’d jump out and run like the wind to get as far ahead as possible. By keeping count of the car numbers they had a precise idea of how much time they could spend in each individual scene, sometimes 30 seconds, sometimes a minute or two. 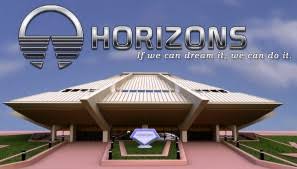