The “Atomic Number” music video we did for the case/lang/veirs debut album premiered on Pitchfork today! Click image to read the full article and watch the video:

Neko Case, k.d. lang, and Laura Veirs recently released their self-titled album as case/lang/veirs. Now, they’ve shared the first video from the project for the song “Atomic Number.” Watch the video below. Directed by Kangmin Kim for Open The Portal, it follows an animated character on its quest for compatibility.

“This animation is inspired by the search for a soul-mate with the same atomic number, 42,” Kim said in a statement. “We are introduced to a world at which every element and character occupy a tiny space in an expansive land mass. The audience is essentially the third person in this colorful, bright world, and in contrast, we can take a contemplative view on the main character’s feelings of emptiness in his lonely journey of life.” 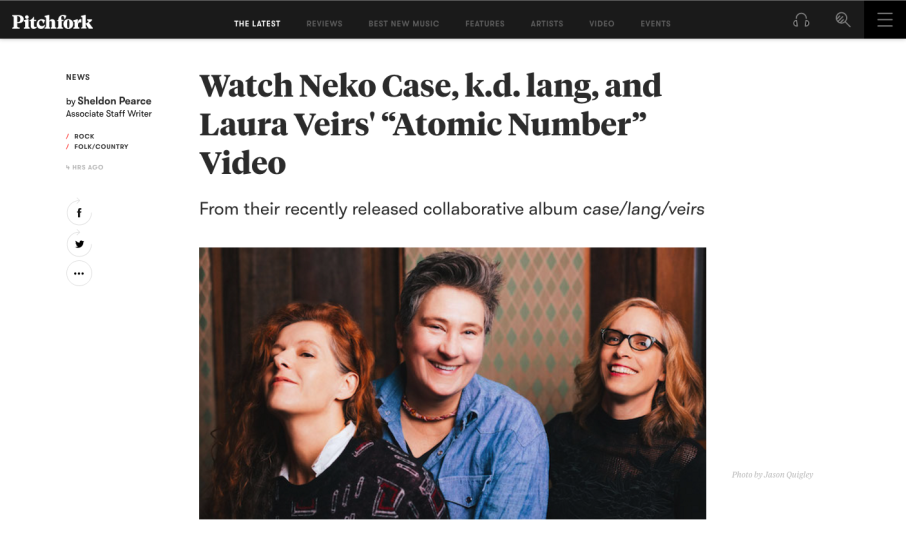