The zoetrope is arguably the first piece of technology used by human beings to view animation (aliens had already developed several tools for this purpose by the time we discovered it).  Countless variations on the concept have been created by innovative animators over the years, but Open The Portal has the privilege of being the first to create a variation on the zoetrope using a human body as the canvas!  Our Executive Producer Micah Cordy volunteered his skin for the project.

The 24 frame animation features our character The Timecrow, and was converted into a sequenced tattoo in collaboration with Los Angeles tattoo artist, Sean Arnold. The hand-draw loop was executed in part by rotoscoping Eadweard Muybridge’s famous early experiments in motion photography as reference.

The Timecrow loop, laid out in stacks: 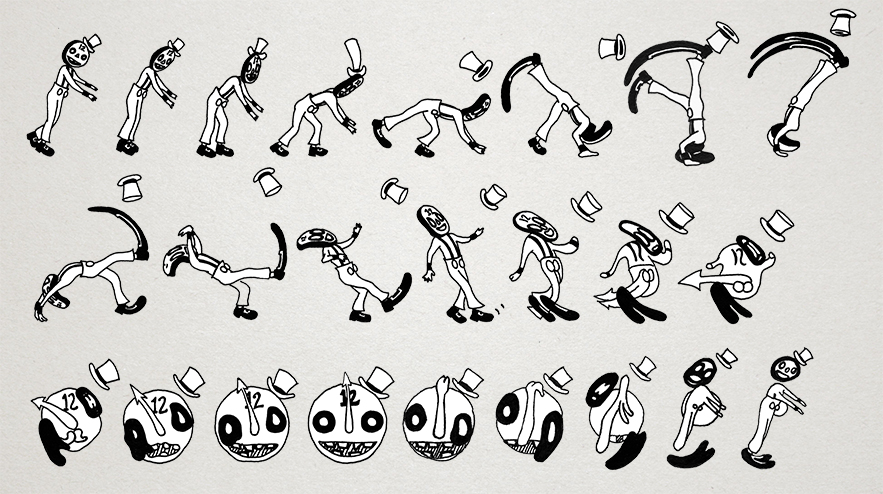